TORONTO, ON— Sept 26th, 2019 — Food Bank  is a new web series/New Media tv series  created by Xavier DeGuzman.  Ryan, 29, a hopeless romantic, who believes he’s been with the one he’s going to marry for the past 7 years, has entered a downward spiral of emotions as his girlfriend dumps him. His good friend Lovell convinces him that the best way to overcome this hurdle in life is to distract himself, so Ryan decides volunteer work for the community would be a great way to stay distracted as well as help those less fortunate. Now Ryan is ready to enjoy being single and face this brand new world of philanthropy. But the hardest thing about trying to be single here is how beautiful women look when theyre also being philanthropic.
This situational comedy features Ryan trying to get over a broken heart while his best friends are there for him every step of the way… most steps of the way.
*Also the focus of this episodic is to give suggestions to the public, especially around the holiday’s to find ways to give back to those less fortunate, by giving a little ‘shoutout’ to the camera reminding viewers, “Don’t forget to give back to your community by…” *

Xavier was born in Canada, of Jesusa & Fernando de Guzman of the Philippines. As a child he had a knack for sports which fueled an athleticism that lead him to boxing then later thai boxing. A decision which kept him off the path to gangs and drugs. Fighting out of Southside Muay Thai in Toronto, Xavier went on to secure, and then defended, the lightweight title in Canada. This level of acclaim led him to his first on camera role without any acting experience on the show Rookie Blue as a boxer. This sparked his passion wanting to be on set and pursued advice from high school friend, and actor, Alex Mallari Jr. He then began taking guidance from acting coach Earl Nanhu of EVN Studios, then Stephen Park of Lonsdale Smith Studios, as well as Second City, and Lewis Baumander of LB Studios.

This new  series will consist of 5 half hour  Episodes. They star Ryan Rosery(Riverdale) as the lead and joining the cast will be, Lovell Adams-Gray(Slasher), Leighton Williams(Zombie), Xavier DeGuzman(Take Two). More cast announcements to follow.

BDB Productions Inc. is proud to announce that we have begun working on the remount of Judas Noir, an adaptation of the play ‘The Last Days of Judas Iscariot’ coming fall of 2018! Thanks to Obsidian Theatre’s Dark Town.

Judas Noir is an adaptation of Stephen Adly Guirgis’ play “The Last Days of Judas Iscariot”. This story follows the court trial of Judas Iscariot, the disciple notoriously known for betraying Jesus Christ. While this case gets unravelled, parallels are drawn between the persecution of the Jewish people (during this archaic time), and Black citizens of today. This play deals with themes of: betrayal, regret, forgiveness, and the loopholes/flaws that exist in our justice systems presently, and potentially in the afterlife.

Obsidian Theatre Company is Canada’s leading culturally specific theatre company. Obsidian is passionately dedicated to the exploration, development, and production of the Black voice. Its multi-pronged approach to supporting other Black theatres, and providing space for young directors to explore work exists under the Darktown banner. BDB Productions’ Judas Noir is the inaugural Darktown production.

BDB Productions INC is a company founded by 7 artists of colour, with the desire to share thought-provoking stories through multiple mediums: Film, Theatre, Television, Web, etc. Their mission is to provide entertaining narratives that provoke the audience to do at least one of these three things: be moved emotionally, be stirred mentally, be inspired wholeheartedly.

We at BDB Productions are excited to bring back this Play with its previous Director Leighton Alexander Williams at the helm, who will also be taking on the role of Satan.

We had an amazing month shooting our latest short “RoadMarks” Directed by Brandon Mcknight, our resident Director, Produced in association with Deelen With Trouble Productions, producer, Courtney Deelen. The film written by Adrian Walters starring himself along side Humberly Gonzalez, a CFC alumni. With Peter Schnobb as D.O.P.

Upon completion of Judas Noir, we were back on set with Residue. A short film written by Leighton Williams, produced by BDB Productions Inc in association with YEAA Shorts,  Shorick Entertainment,  equipment sponsorship from William F Whites International and directing by, Shonna Foster. Its been an incredible getting to shoot in the summer, with principal photographer being done August 28th. Currently, Residue is in post production, with its premiere at the ReelWorld Film Festival this October. The film stars storing female leads with a truthful and compelling story about the struggles of a mother in the aftermath of an incident involving her child. More to come soon.

Residue is a film that follows a woman’s journey in over-coming her PTSD, after witnessing her fiance’s murder by a police officer. This narrative acts as a “How-To guide” for people dealing with losing a loved one to police brutality. By following Valerie’s life after the incident, we see the lingering issues that remain long after the hashtag has stopped trending. 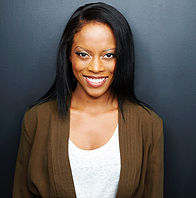 Shonna Foster is an actress, director, and producer based in Toronto. She is the producer of the short I Lost My Mind (2017), and has acted in a number of films. Residue (2017) is her directorial debut.

To watch the premiere of Residue click the link below to purchase tickets to the Reelworld Film Festival YEAA Shorts program:

Judas Noir is an adaptation of Stephen ADLY Guirgis’ play “The Last Days of Judas Iscariot”. This story follows the court trial of Judas Iscariot, the disciple notoriously known for betraying Jesus Christ. While this case gets unravelled, parallels are drawn between the persecution of the Jewish People (during this archaic time), and Black citizens of today.

This play deals with themes of: betrayal, regret, forgiveness, and the loopholes that exist in our justice systems presently, and potentially in the afterlife.

Watch the preview clip below:

The Olde Proverb tells the story of a young man, his ancestral counterpart and their shared fates. Beginning in 1968 at the Wake of the revolutionary Martin Luther King Jr. Marcus Garvey, Malcolm X, H. Rap Brown and Rodney King mournfully observe their fallen brother. This is mirrored in the present by 4 young men at the wake of one Marty King. An allegorical commentary, The Olde Proverb, brings life to the age old saying; Those that do not know their history are doomed to repeat it.